Despite being over 5 weeks away, the shops are full of Christmas goods for people to spend their money on.

In Glasgow the Christmas lights had been put on but the centre-piece of the decorations - George Square - was like a building site with workmen setting up the ice-rink which will be opening in December.

The Christmas market at St Enoch's was again popular, with the food stalls being very busy. Some of the food was very unusual, with Kangaroo burgers being on sale. I was there to buy some Fair Trade Nepal gloves and a hat. I also ended up buying a thin woollen Nepal blanket to use to keep warm if it gets cold while I am out.

The Nepal gentleman above works as a Sherpa in the summer and sells the goods made by the women of Nepal around the world in the winter. The hat he is wearing was designed in the Highlands of Scotland and made in Nepal. Many people travel to Nepal to climb Mt Everest and this provides work and an income for these hard-working people.

The women knit woollen garments to sell to people in Europe and beyond and these have become very popular.

Food is always popular at the market and the Spanish chef's above were kept busy making some nice Spanish dishes.﻿
French Sweets

The French make some nice sweets and, as can be seen above, look very tempting. Fortunately I am not much of a cake and sweetie eater, so I was able to resist these lovely sweets.

Lights in the streets
Royal Exchange Square is usually covered by a canopy of light. It looks very nice.
Buchanan Street

Back at the Market
French crepes were popular again this year. There were a number of people in the queue waiting to be served.
Some burgers made from exotic meats such as Kangaroo, Springbok and Buffalo.
﻿
The wicker Reindeer looked very realistic. I was tempted to buy one.

The metal wall plaques were very good and changed colour when turned in the light. They were very well made.

It was very enjoyable walking through the market and I look forward to going to Edinburgh with my friends to see what Christmas is like over there.
Posted by Janesblog at Sunday, November 17, 2013 No comments:

Today was bright and sunny, but cold, with a frost on the ground. However, this was perfect weather for practicing my digiscoping.

A local pond near where I live has a good variety of bird and we were hoping to see Canada Geese and Great Crested Grebe, but they were nowhere to be seen.

We did see some Gadwall, Whooper Swans, Goldeneye and a Grey Heron. The birds were quite a distance away and the only realistic way of capturing them was by attaching a camera to a spotting scope. This requires good light.

Mute Swans and their families like to have ponds to themselves and can be aggressive to other Swans. The Whooper Swans below were resting on the edge of the pond before taking a swim. This attracted the attention of the adult Mute Swans who swam over to the Whoopers.

The Whooper Swans did not react to the aggression of the Mute Swans causing the aggressors to withdraw.

Mute Swans and their families like to have ponds to themselves and can be aggressive to other Swans.

It was a good day out and it may be a few weeks before we get good weather like it again. Unfortunately, in this part of the world it is more likely to be raining!
Posted by Janesblog at Sunday, November 10, 2013 No comments:

November 5th is known as Guy Fawkes Night or Bonfire Night when people celebrate the failure of the Gunpowder Plot to assassinate King James Vl of Scotland and l of England in 1605.

The Gunpowder Plotters leased a cellar beneath the House of Lords with Fawkes placed in charge of the gunpowder. They planned to assassinate the Protestant King and restore a Catholic monarch to the throne.

The authorities received an anonymous tip-off and found Fawkes guarding the explosives. He was questioned and tortured, before his execution on 31 January. Fawkes jumped from the scaffold before being hanged and broke his neck.

Since then it is a tradition to celebrate this event with bonfires and fireworks. A major display is always organised by North Lanarkshire Council in Strathclyde Park in Motherwell. Some of the photographs I took are shown below to give an idea of how good this display was. 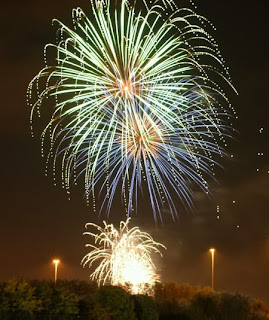 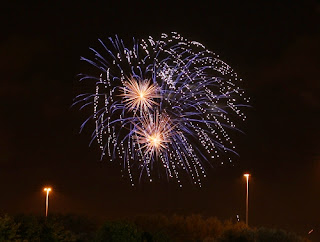 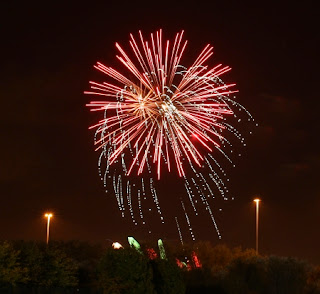 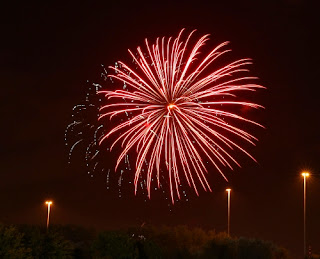 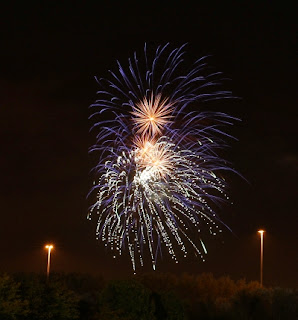 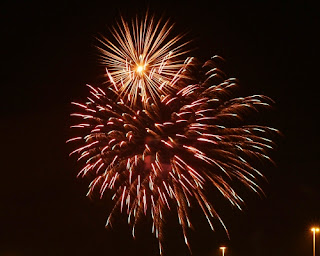 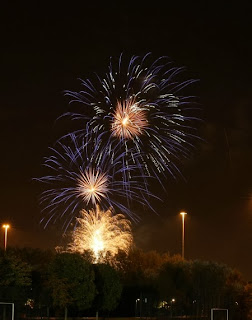 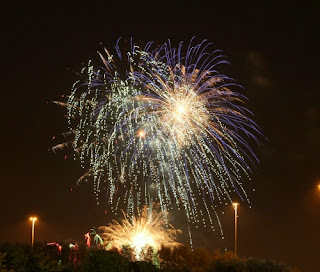 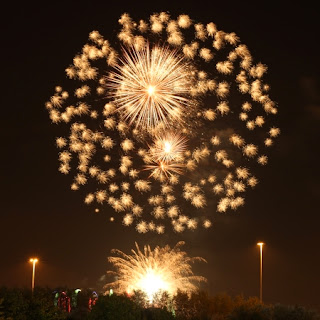 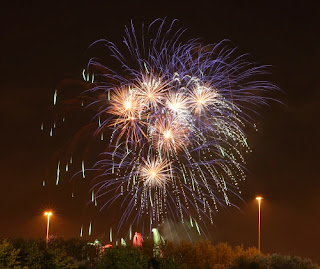 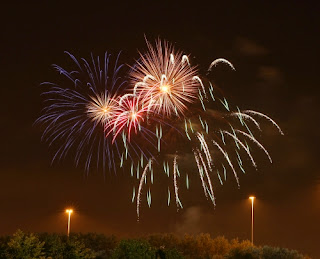 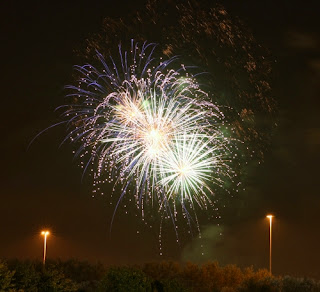 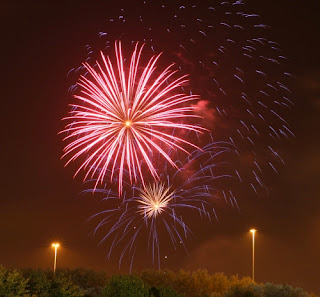 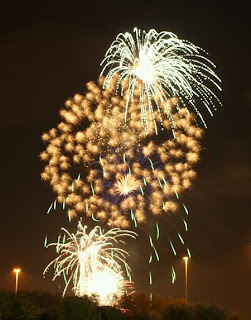 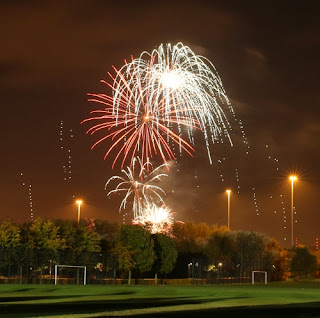 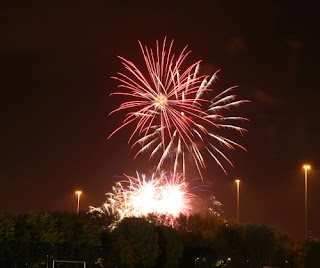 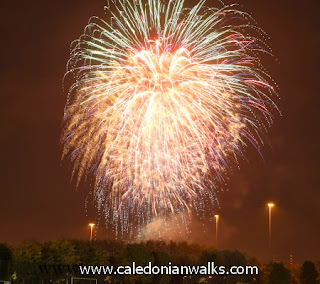 As the above photographs show, it was a quite a spectacular sight. The weather was cold but dry and the wind was low which helped the images turning out well.